On September 27th, after months of work, a new pumping file that will be used to adopt new desired future conditions finally became available.  The new pumping file was prepared by Groundwater 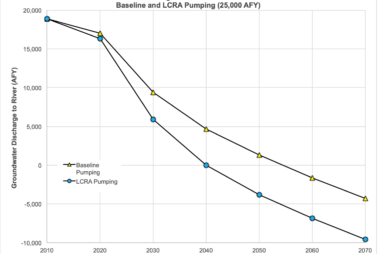 With this new pumping file, that includes Forestar, Recharge Water (formerly End Op), LCRA’s power plant, and Vista Ridge permitted pumping, Environmental Stewardship was able to use the New GAM to predict the full impact of groundwater pumping from the Simsboro formation of the Carrizo-Wilcox Aquifer Group on the Colorado River and its tributaries — Walnut/Cedar Creeks,  Wilbarger Creek, Big Sandy Creek, and Piney Creek/Lake Bastrop.  In addition, we were able to evaluate and predict the impacts of LCRA’s requested pumping. To date, this is the most current use of best science to be presented in the contested case hearing on LCRA’s groundwater application.

In Mr. Rice’s supplemental testimony, using the New GAM, he testifies “LCRA’s proposed pumping would reduce the discharge of groundwater to the Colorado River and its tributaries, thereby reducing the amount of water flowing in these streams.”

HOW TO READ THE GRAPHS

The following graphs represent Mr. Rice’s findings.  Looking at these graphs, the “reversed” flow is when the stream changes from being a “gaining” stream where water from the aquifer flows into the stream, to a “losing” stream where the water in the stream flows into the aquifer.   To see this change find the “0” on the left axis of the graph and follow the line across the graph. Where the lines on the graph intersect the zero (0) line is where the model predicts that the reversal will take place. Projecting a line down to the horizontal (lower) axis of the graph gives the approximate year when the model predicts the reversal will take place.   For example, in the Colorado River graph, the model predicts that LCRA’s pumping will cause the flow in the Colorado River to reverse from “gaining” to “losing” in the year 2040. Click on each graph to see a larger view of the graph.

Please keep in mind that these are modeled predictions and the actual year of the reversal and the quantitative magnitude of the impact will likely be different.  As Mr. Rice says in his testimony: “The GAM, with the new pumping file, predicts that pumping will cause the discharge of groundwater to streams to decrease with time. This is consistent with what groundwater discharges would be expected to do in response to pumping. To determine the reliability of the old GAM, I examined the response of the old GAM to changes in: pumping rates, pumping duration, and the location of pumping relative to the Colorado River (Rice, 2015). My purpose was to see whether the GAM predictions made sense. I concluded that the GAM predictions did make sense and that the trends predicted by the GAM are reliable. I performed the same analyses with the new GAM. The results were the same. So, my conclusion remains that the GAM predictions of trends, using the new pumping file, are reliable.” “At this time, the predictions produced by the new GAM are the best available.“ 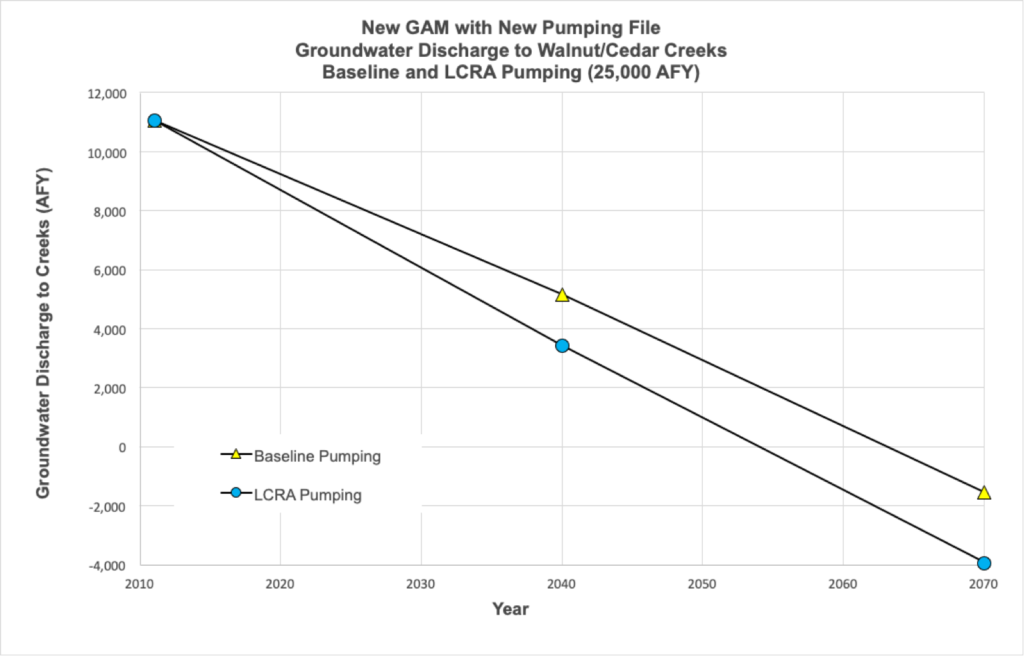 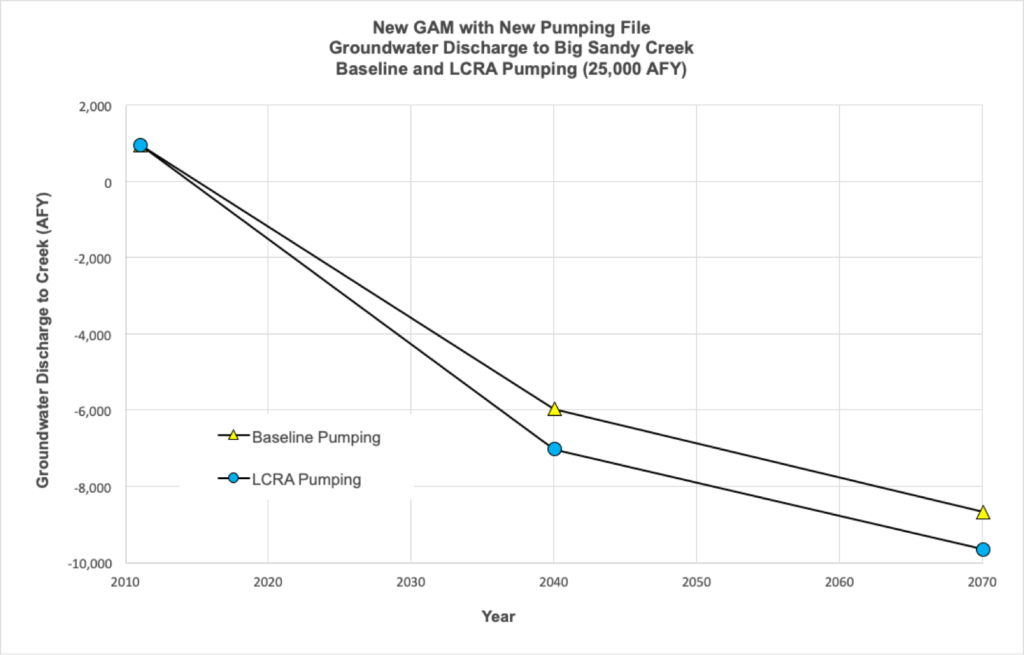 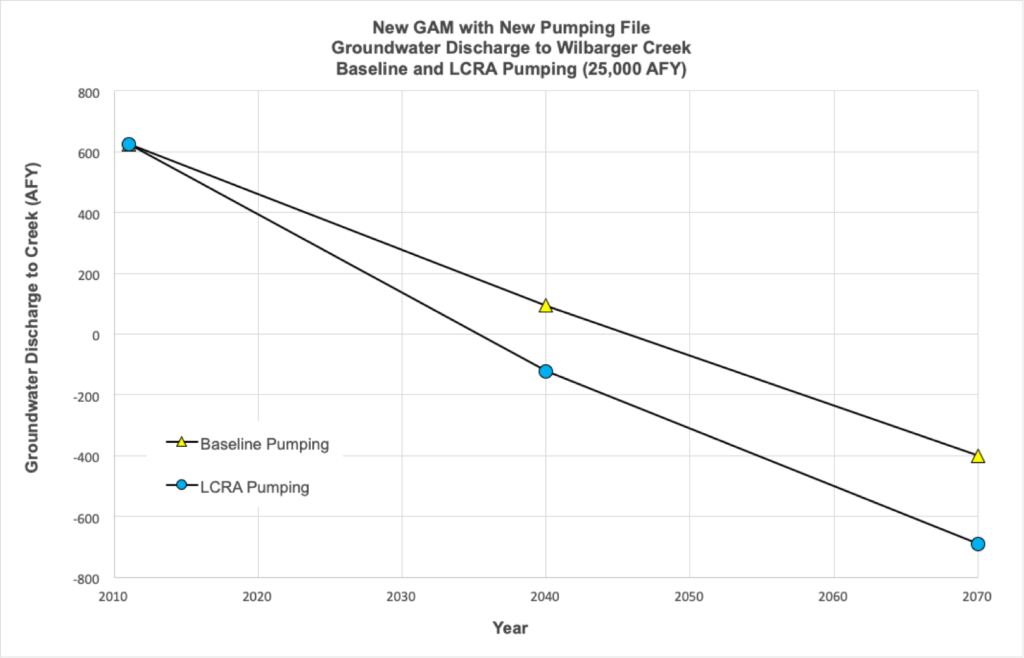 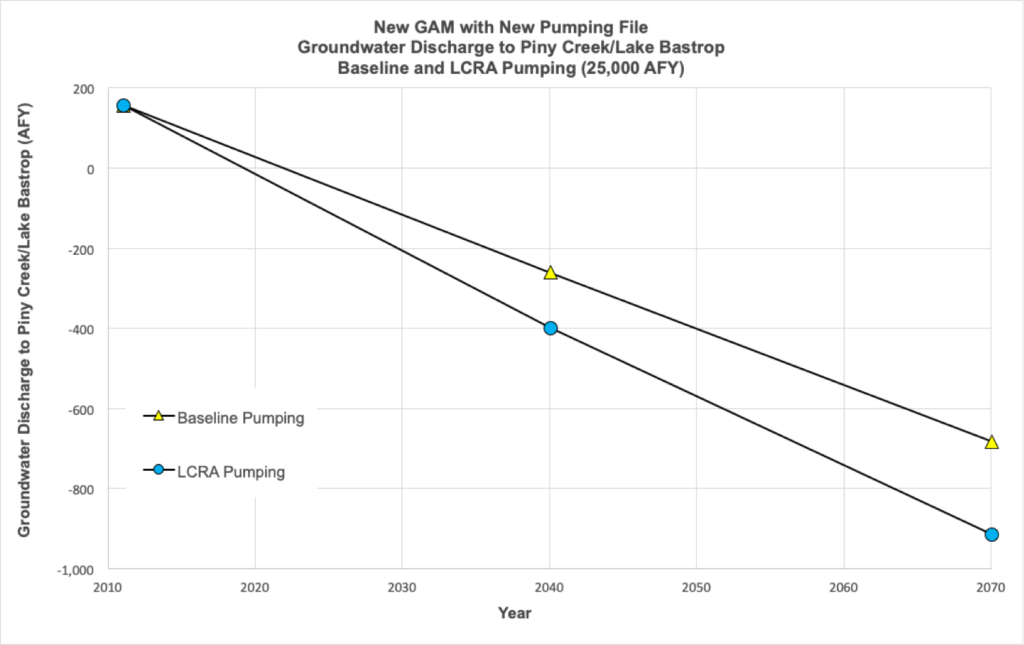