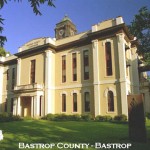 Environmental Stewardship has requested that the Bastrop County Judge and Commissioner’s Court exercise oversight authority with the Lost Pines Groundwater Conservation District.  New rules being proposed by the District do not include safeguards to protect the aquifer from over-pumping.   A recent Texas Supreme Court opinion places oversight authority in hands of the local electorate.  Click here for letter.

The recent Texas Supreme Court opinion in the Edwards Aquifer Authority v. Day and McDaniel case provided guidance on the governance of groundwater regulation and groundwater district oversight.   “While districts have broad statutory authority, their activities remain under the local electorate’s supervision” — the County Judge and Commissioner’s Court.  “Groundwater conservation districts have little supervision beyond the local level.”

Contact the local electorate, the  Judge and Commissioners, and let them know that you want strong safeguards for our aquifers and want them to exercise their oversight authority to ensure such safeguards are in the Lost Pine GCD rules.