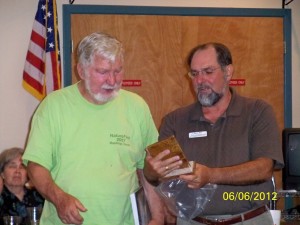 Master trail steward Dale Morrison was recently awarded the “Steward of the Year” award for 2012.  Dale has been the driving force behind development of many miles of hike and bike trails in Bastrop County over the past several years.  Working with other Texas Master Naturalists from the Lost Pines Chapter, they have built trails in Lost Pines Nature Trails, the Colorado River Refuge, and are working with the City of Bastrop Park 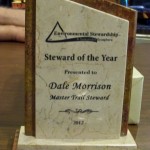 Board and Bastrop Economic Development Corporation to build a series of trails in the Bastrop Industrial Park.  Dale’s vision is to connect the parks and cities in the county with a series of trails making it a hike and bike tourism destination.

Dale has built trails throughout the United States.  Dale builds trails everywhere he goes following Emerson’s guidance “Do not go where the path may lead, go instead where there is no path, and leave a trail.