Environmental Stewardship believes that it is incumbent in our education and outreach purpose that we provide opportunities for the public to become personally involved with nature so they can experience an intimate relationship with the earth. With this in mind, we have spearheaded local efforts to develop nature-tourism opportunities that will enhance access to the Colorado River and surrounding parks and trails. Much of the rich cultural history of the Lost Pines Region is tied closely to the natural resources of the area. Linking the cultural and natural resources in tourism related experiences, events and marketing programs will help citizens better understand how the Colorado River is and essential life-giving resource that touches all our lives yet is so easily overlooked. The river is the thread that connects human and non-human, plant and animal, past, present, and future – Austin, Bastrop, Smithville – the Lost Pines Region.

Heritage Trails of Bastrop, Texas Project – The City of Bastrop in Bastrop County, Texas, is situated along the banks of the Colorado River, just east of Austin, the state capital. Bastrop has 131 historically registered sites, and is part of the newly designated federal trail El Camino Real de los Tejas. Rooted in Texas and American history, Bastrop is the gateway municipality to one of the state’s most visited parks, Bastrop State Park. More than 500,000 visitors annually come to the park to marvel at the majestic “Lost Pines” of Texas – so named because theories and legends abound about how this stand of loblolly pines came to be separated from the Piney Woods of East Texas by more than 300 miles 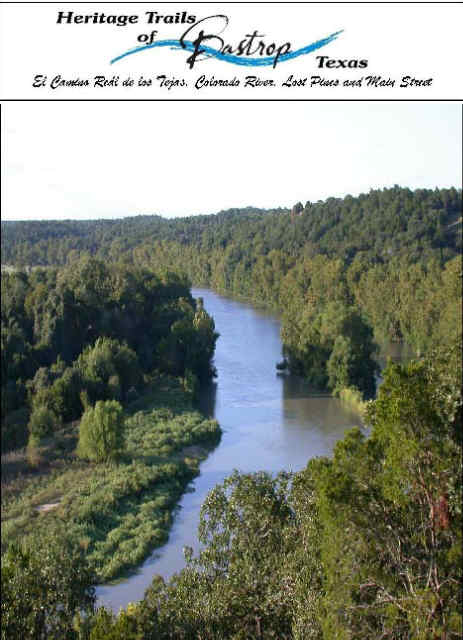 Bastrop is believed to be the second oldest town in Texas. With recorded history dating back to 1691 when the Manzanet-Teran expedition first traveled the difficult route through the dense wilderness known as the Monte Grande (“Big Thicket” – which had here-to-fore been avoided by traveling either “the upper road” or the safer “southern loop”) crossing the Colorado River in what now comprises Bastrop County. In 1795, with need for a more direct route between San Antonio and Nacogdoches, a direct mail route was established which crossed the Colorado River where Bastrop springs are located. These springs were the chief source of water for what is now historic downtown Bastrop. Known as El Camino Real, or the “Kings Highway,” this became the most direct route from present-day Mexico to the East Texas missions. Later this particular river crossing and springs were noted favorably by Stephen F. Austin on his first visit to Texas, and chosen by him as the strategic spot on which to build a town that would become the centerpiece of his westernmost colonial venture. Soldiers were routinely trained and housed at the Military Academy in the downtown area of Bastrop and many prominent Texans settled along the Colorado River. Tragically, many of those committed soldiers and volunteers crossed the Lower Colorado River in Bastrop on their way to die at the Alamo while others fled Bastrop in the “Runaway Scrape,” sending 60 Bastropians to fight and defeat Santa Ana at the Battle of San Jacinto.

Environmental Stewardship is involved with other key partners in the region to market the area’s historic and natural heritage and promote them with common themes that will draw visitors first from across the state, and then later from across the country to see our historic downtown sites, paddle along our historic river trails and hike and bike through the majestic loblolly pines. The “Heritage Trails” theme provides the linkage where visitors can follow the cultural trails back in time to learn of their heritage while enjoying the beauty as they walk, paddle and bike the physical trails of the present. The long-term vision is to develop connectivity trails between historic downtown, the Lower Colorado River, parks and surrounding communities that provide urbanites, tourists and residents with rural recreation and event opportunities that inform and educate about the rich cultural and natural history of the region. 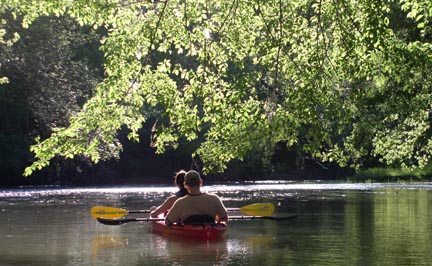 Recognized for its historical significance, El Camino Real de los Tejas was recently designated as a National Historic Trail. The Monte Grande and the Colorado River played an important role in shaping the development of the region. Too dense to penetrate, the thicket and the dense forests made traveling difficult, especially without a knowledgeable guide, and the river offered only a few points where wagons and animals could cross safely.